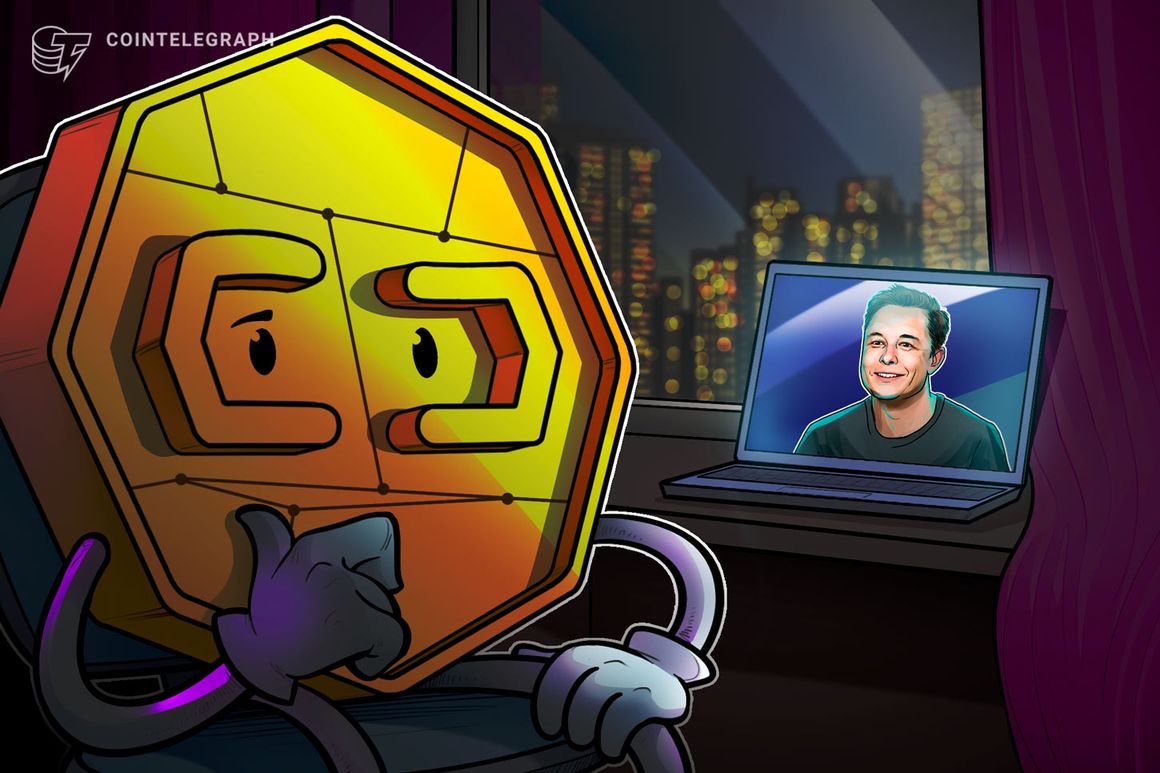 Tesla CEO Elon Musk distanced himself from yet another fabricated video promoting a cryptocurrency scam.

Originally shared on Twitter, the video in question was a deepfake of Musk purportedly promoting a cryptocurrency platform boasting 30% returns on crypto deposits. Scammers made use of original footage from a TED Talk featuring Musk and curator Chris Anderson at a TED conference in Vancouver in April this year.

The tweet and video caught the attention of Musk himself, who’s been increasingly active since his move to acquire the social media platform for an estimated $44 billion. The Tesla CEO and SpaceEx founder replied to the video in his signature comical style:

Yikes. Def not me.

Musk’s global renown as a technology pioneer has made him a choice target for scammers looking to take advantage of unwitting social media users and investors. The not-so-tech-savvy users are at risk of being duped by scams promoting unrealistic returns on investment.

Cryptocurrency scams of this nature were rife in 2020 and 2021, with the United States Federal Trade Commission (FTC) releasing a report that estimated that over $80 million worth of cryptocurrency was stolen from unsuspecting victims over a six month period.

Given Musk’s affinity for the cryptocurrency space and his pro-Dogecoin slant, fraudulent YouTube live streams became a weapon of choice. Musk’s now-famous appearance on the American television show Saturday Night Live proved to be a cash cow for scammers, with the FTC zooming in on scam addresses that had received about 9.7 million Dogecoin worth $5 million in May last year.

Musk’s move to buy Twitter has come with promises to promote free speech on the platform, while the Tesla CEO also vowed to cull an alarming number of spam and scam bots that have fleeced users of millions in recent years in his Ted talk appearance earlier this year:

“A top priority I would have is eliminating the spam and scam bots and the bot armies that are on Twitter. They make the product much worse. If I had a Dogecoin for every crypto scam I saw, we’d have 100 billion Dogecoin.”

As Cointelegraph previously explored, deepfake videos have been prevalent since the term was coined in 2017. Making use of artificial intelligence and computer-generated images, video and audio, creators look to manipulate, deceive or scam viewers with media that is often so realistic it’s hard to discern truth from fiction.

Blockchain technology has been touted as a potential tool to combat deepfake and fake news. But the reality is that social media platforms are still awash with fraudulent media.